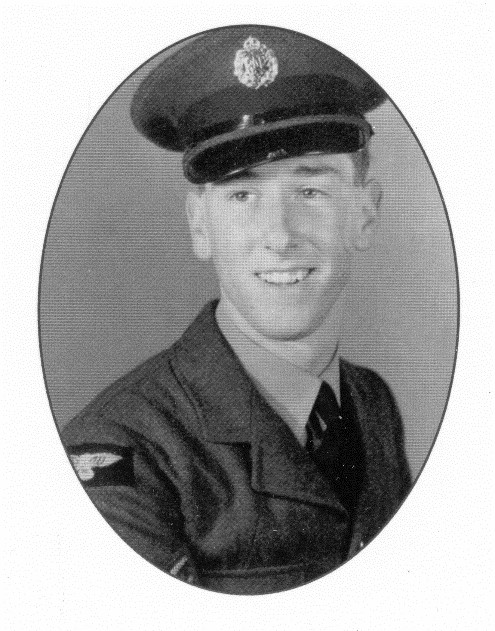 Tom was born on 11th February 1934, a great-grandson of Capt. Thomas Oke, a 19th century Bristol master mariner who died in Barbados. Tom was born in the family home at 24 Alexandra Road, in Uplands near Bristol, and lived there until he was four years old with his mother, “Win;” his father, Frank; and his elder sister, “Babs.” In 1936 he was joined by younger brothers Bill and Cyril or “the twin” as they were known. Bill and Cyril were also born at home as was Frank, who unfortunately died a few days later. They were triplets, which was a rare event before the advent of I.V.F. and was often a surprise before the use of ultrasound scans to monitor pregnancy. The story of the triplets made it into the Bristol Evening Post and Tom kept the newspaper cutting for the whole of his life.

The family move to Whitchurch village when Tom was four years old and “the twin” was two; and they all began school life by attending the Whitchurch village school. Tom did not much like school and said that he used to gaze out of the windows during lessons, wishing that he was outside instead. His parents ran a sweet-shop and also offered a tailoring service.

During the War years, whenever the sirens sounded during school hours, Tom’s mother would run to the school and collect the boys to make sure that they were all together during the air raids. They lived near the airfield and as boys Tom and his brothers enjoyed watching the aeroplanes flying overhead. Tom was convinced that there was some kind of secret agent living just outside the village. The schoolchildren would run up to this man’s house, knock on the door and then run and hide. They were trying to see who was inside and what he was up to. It seemed likely to them that he was designing engines for aeroplanes, but living under the cover of selling fruit!

From 1945 until 1950, Tom attended All Saints’ School in Clifton, something which his father, Frank, was very keen for him to do. Frank died in 1946, leaving Tom at home with his mother, while Bill and Cyril went to a boarding school. His father had been a member of Baily Lodge (No. 5239) and his brothers’ education was funded by Masonic charity. Their older sister, “Babs,” had already married and moved out of the house. So Tom and his mother moved back to 24 Alexandra Road but only lived in part of the house; the other rooms were let out to provide an income. The family was eternally grateful to the Freemasons for funding Bill and Cyril’s schooling and easing the financial pressure on their widowed mother.

When Tom left school, he went to work in the carpet department at Wilkinson and Rendall in Portland Square. In 1952, he signed up for his two years’ National Service in the R.A.F. and was posted to Gloucester. He realised quite quickly that he was not cut out for a military life. Drill and guard duties were not for him, so he was relieved to be promoted to Lance Corporal, after passing an exam, which meant that he could work in administration where he was far more comfortable. Something that he did enjoy, and over which he spent many evenings reminiscing in recent years, was the music played over the Tannoy in the billet – usually dance tunes.

Tom was demobilised in 1954 and went back to Wilkinson & Rendall. In 1957 Jones’s Department Store opened in Bristol with their own carpets department and Tom learned that the pay there was better and so he applied for a job. He went for an interview during his lunch break and worked in the carpet department at Jones’s, which later became Debenhams, for many years. He began as a carpet salesman, and later became Assistant Department Manager. He could recall endless stories of various customers whom he came to know well; he kept all his notebooks containing details of all their orders long after he left the store.

Although modest, self-effacing and diffident, Tom was a great one for detail and his memory remained very sharp until the last few months of his life. He loved to know all about people. He was a wonderful conversationalist. If he asked you how you were, it was because he really wanted to know. He took a great interest in everyone he met, which meant that people loved to talk to him.

Tom eventually moved on from carpets into the N.H.S. as a medical and surgical buyer in medical supplies.

In 1984, Tom’s mother died. He had always shared a home with her and this was a significant time in his life. Within the next few years he moved from the large house that they had shared in St. Andrews to a one-bedroom flat in Redcliffe. Here he quickly got to know his neighbours who became very good and faithful friends. He lived next door to a member of Parliament and, even though she was a member of the “wrong party” he still took an interest in her, although she may never have known which way he voted!

In 1999 Tom retired and thoroughly enjoyed having days to himself. Living close to both the Bus Station and Temple Meads, he was able to go off on excursions with ease. Tom loved to travel and to visit friends and family. His favourite place for a day-trip was Weymouth and for holidays Jersey and Poole.

He was President of the Bristol Masonic Society in 2006-7, something of which he was very proud. He gave his presidential address on Friday 29th September 2006 under the title: ‘Anecdotes of Bristol Masonry in the 19th Century.’[1] He was one of the Founders of The Matthew Lodge (No. 9688), warranted on 11th November 1998 and consecrated on 20th February 1999; he remained an Honorary Member of that Lodge. Tom continued to give his time to Freemasonry well into his retirement and remained an avid supporter even when he was no longer able to participate.

Then, in 2010, Tom underwent major heart surgery in Bristol. Unfortunately, he suffered a stroke during the operation, which is a recognised risk of that type of surgery. Tom’s resulting condition was not typical though and, although he had some mobility, his condition deteriorated considerably over the following years.

Tom was a committed Christian. This was emphasised and deepened at All Saints’ School, where he developed a love of the liturgy, the choral music, and the sacraments of the Church. His sympathies were “high church” and it was natural that he joined the congregation of St. Mary Redcliffe when he moved to his flat in the 1980s. He worshipped there regularly until he became less mobile but he continued to receive the sacrament on a regular basis from the team which visits residential homes taking Holy Communion with them. He was particularly pleased when he heard that his great-niece and nephew, Emily and Joe, were going to attend St. Mary Redcliffe and Temple School and took a great interest in their time there. 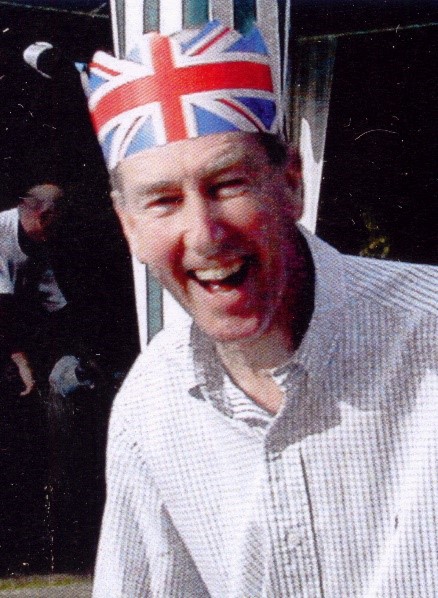 He took a great interest in all of his family, remembering several generations of names and who belonged to whom as more children were born into various branched of the family. He had very fond memories of holidays spent with relatives and enjoyed visiting his cousins. One of Tom’s few regrets was that he had not moved to live closer to them when he retired.

Between 2010 and 2019, Tom spent time in and out of hospital. He underwent a hip operation without a general anaesthetic, spent time in a rehabilitation centre, several periods in his flat with carers visiting him. As he became less mobile, he decided to move into full-time residential care. He enjoyed the company of the staff and got to know them well in each home. At his final residential home, Ashbourne House in Henleaze, the staff were very kind to him. He was very fond of all of them; he knew all about them and their families and loved to hear about their holidays. When his niece, Sandra, got married in 2018 he was unable to attend and the staff were keen to do something to make the day memorable for him. So, without him knowing, one of his carers attended the wedding, took photographs for him, had them printed the next day and took them in to Tom. He kept the framed one on display in his room. He was amazed and touched that anyone should have gone to such trouble on his behalf.

Tom made friends wherever he went, because he was genuinely interested in people. He made then feel valued and interesting, no matter who they were. He was a true gentleman who enriched the lives of all those he encountered. Although unmarried, his large family consisted of three interlocking parts “aa trinity in unity”: blood relations; his Christian; and Masonic families.

Tom died on 23rd May 2019, aged eighty-five. A service of thanksgiving was held at St. Mary Redcliffe Church on 5th July. The coffin arrived ten minutes late because of heavy traffic – a delay of which Tom would not have approved! The attendance at the service was far greater than had been anticipated and many had to be provided with Hymn Books instead of Orders of Service. His body was cremated at the South Bristol Crematorium and a reception was held at the Woodspring Golf Club.

Eulogy delivered at his funeral by the Revd. Dan Tyndall.