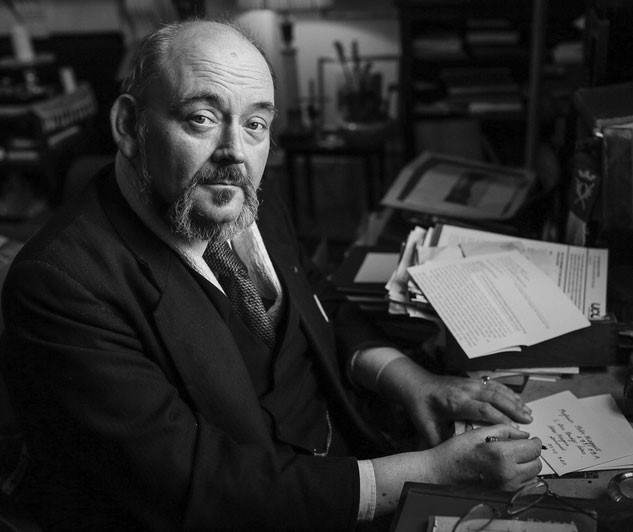 Martin John Crossley Evans was born in Bromborough on 8th August 1957 and brought up in Willaston, here in Wirral. His mother always told him that he ‘was extremely difficult from an early age’ and he thought his parents must have considered him ‘a strange little boy’. He could name between fifty and 100 flowers by the age of five, many of them in Latin. His father was not at all religious and his mother wasn’t a regular churchgoer but the little Martin felt drawn to God from a very early age. He saw a Bible in the Post Office window when he was five and asked to be given it as a present for his sixth birthday, even though at this stage he still couldn’t read. He couldn’t read until he was nine or ten but, by the age of thirteen, he had read most of Dickens and Thackeray together with Bacon’s Essays and many other English classics.

He was educated at Christ Church Primary School, in Willaston, and Wellington Independent Grammar School, in Bebington. When told off by a teacher at the age of eleven, he retorted: “I don’t know who you are, but I have to tell you that I only answer to the headmaster and to God!” Martin became committed to the Church of England and attended every Evensong from the age of seven or eight. When he was only twelve, he was implacable at the changes made to the Book of Common Prayer. He did not, however, subscribe to the doctrine of the Trinity, describing himself as a Unitarian. It always worried him that some of his friends, therefore, criticised him for not being a ‘proper Christian’. He used to say: “I’ve often doubted that I’m a Christian but I’ve always thanked God that I’m a Protestant.” He felt called to the ministry at a young age, but parental opposition to this led him to read for a degree in Geology and Archaeology at the University of Bristol.

At the age of eighteen whilst reading for his degree, Dr. Basil Cottle, Reader in Mediaeval Studies commented on his: ‘… foul, savage, enormous blue writing and execrable spelling – full of dates’. Dr Cottle also once said: “The trouble with you, Martin, is that you are afflicted with total recall.” He did indeed have a prodigious memory. At this time, he believed in the biblical chronology of Bishop Ussher and when his geology tutor, Dr. Brannigan, introduced the subject of Carbon-dating, Martin told him: “I cannot accept this but I am prepared to debate it with you as an intellectual exercise”!1

He was always a character and never did anything by halves. He wore cuff-links and a tie-pin from the age of fourteen. At the age of seventeen, he used to delight in wearing pince nez and carrying a shotgun. His father asked what he would like for his 18th birthday. Would he like a new bicycle as he was a keen cyclist? Martin asked for a gold pocket watch.

Following graduation, he trained as a school master (in Geography and Geology) at the University of Keele. He was an assistant master for a term at Shrewsbury School, describing it as a place ‘packed with eccentric bachelors’. Subsequently, between 1979 and 1982, he was an assistant master and house tutor at Gresham’s School, Holt, in Norfolk. Michael Barrett, Head of History at Gresham’s, wrote of him:

For three years he gave us all something different – to some a conscience, to others how to distinguish Lapsang Souchong from Earl Grey and Orange Pekoe; to some how to converse, to others how to play bridge; to some a religious awareness, to others a sense of humour and sense of proportion. […] I know of no master who keeps up correspondence with his pupils after they leave as he does, and whose pupils choose to keep in touch with him. I along with many colleagues greatly miss his company, which was seldom dull and often outrageous and we loved him for it.2

On Speech Day in July 1982, when Martin left Gresham’s at the age of twenty-four, the Head Master, Mr. Logie Bruce Lockhart, said:

Martin Crossley Evans is one of those colourful personalities without whom school life would be dull indeed. Dickensian in appearance and of extreme views, […] we are most grateful for his devoted and voluminous work on the updating of Gresham’s history.

In the summer of 1982, Martin returned to Bristol to read for a Ph.D. in Ecclesiastical History. To pay for this he worked in many jobs, most of which it’s hard to imagine him doing – painter and decorator, furniture remover, farm labourer, and grave digger. His Ph.D. thesis occupied 968 pages in three volumes with 5,500 footnotes. He had to submit three copies for examination and needed a wheelbarrow to deliver them. Afterwards the higher Degrees Committee (chaired, I think, by Sir John Kingman) changed the rules on the maximum length of a Ph.D. thesis!

In 1984 he became the youngest warden in the history of the University when he was appointed, at the age of twenty-six, to Manor Hall and Sinclair House, where he remained for some thirty years. It was in this role that he had the most profound and lasting influence on a great many young minds at a critical stage in their growth and development. By his own admission he made a god of principle and in the autumn of 1991, he had a heated discussion on the University’s graduate database, then in the course of construction and enlargement, with Mr. J.H.M. Parry, Registrar of the University. During this altercation, Mr. Parry said:

“Martin, the trouble with you is that you have the ability to create principles where none exist!”
Very calmly, Martin replied: “Michael, that is the kindest compliment that anyone has ever paid me.”
Mr. Parry retorted through gritted teeth: “It wasn’t meant as a compliment!”

As Warden, he was always available for his students at any time of the day or night, cooking at Christmas for those who were unable to return home for various reasons. In the 1970s, he had been banned for life from the Union for being a member of the Monday Club. Thirty years later he was made a Life Member for his services to Student Societies. His students said that they loved the Warden ‘almost as much as the Warden loves his Chinese porcelain’! He was awarded an M.B.E., in the New Year’s honours list in 2001, for his ‘services to higher education’; this was mainly for his work in pastoral care at the University, but in his last years he was deeply upset by the changes the University made in this field. He felt passionately that the new arrangements were not fit for purpose.

Nevertheless, he wrote more than fifty articles in refereed journals, relating mainly to the educational and ecclesiastical history of Cheshire, Lancashire, Norfolk and Bristol. In 2010, he edited a book entitled A Grand City, which deals with many aspects of 18th and 19th century Bristol; in 1999, he wrote on Hannah Moore for the Bristol branch of the Historical Association, in 1994, he was co-author of A History of Wills Hall3; and, in 2002, of a History of Gresham’s School.4

He was elected a Fellow of the Geographical Society in 1990, and of the Society of Antiquaries in 1994. He was appointed to the Bristol Magistrates’ Bench in 1999 and served for eighteen years as a much-loved and respected Justice of the Peace, blending authority and compassion and always explaining the Bench’s decisions to defendants whenever necessary.

As a keen Freemason, Martin delighted in making a wide variety of friends in the fraternity, most of whom he would never have encountered otherwise. He was initiated in the Old Greshamian Lodge in April 1982 and served as its Master in 1992. In 1990, he joined The Saint Vincent Lodge in Bristol. He was also a Royal Arch Companion and, for a short while, a Mark Mason. He was a very active member of the Bristol Masonic Society, serving as Secretary between 1992 and 1999. His Minutes were legendary and often much more entertaining than the meetings they described. Whenever he was asked to give a Vote of Thanks, we always knew we were in for a treat. He served as President in 2000.

A few months ago, he told me that his only regret was that he had not been kinder. He was, however, unfailingly very kind. Interested in those maimed both psychologically and physically, he was heavily involved in running the Heswall Disabled Children’s Summer Camps for forty-six years, taking part every year and recruiting many of his Bristol students to help. One of his maxims was ‘Do it, if it’s right, with no expectation of thanks – that’s only Christian.’

Martin also enjoyed the good things in life, describing himself as: ‘Conservative, principled, passionate and utterly self-indulgent!’ Mr. (later Dr.) Bob Gilbert5 once said of him: “Should anyone care to ask me, I would describe you as a ‘high-living Puritan’.” In January 2002, Paul Hampson, one of his oldest friends, said of Martin, then aged forty-four: ‘Of course, Martin, you have never lacked the ability to reconcile within yourself many different and conflicting doctrines and ideas, at one and the same time, without appearing unduly troubled by their discrepancies.’

He also had a wry and often savage wit. I once gave him bottle of blended ruby port as a ‘thank you’ and, regretting that it was not of a good vintage, he said: ‘I didn’t realise you had such a low opinion of me, old boy!’

He was completely unable to abandon his principles, and as a result he not infrequently made enemies where he would have liked to have made friends. Nevertheless, he had a real genius for making friends. When he was an inpatient at the Bristol Royal Infirmary between February and May 2018, he kept a visitors’ book and 397 people signed it during those three months.

In late-2018, his health failing, he moved back to Willaston to be with his brother Mark and his wife, Sylvia. Together, they looked after him and undoubtedly gave him three more years of life than he would ever have enjoyed otherwise.

Martin Crossley Evans was an extraordinary man; I have never met another man who was anything like him at all. He touched so many other lives to their advantage, and life for all of us will be diminished by his absence. I’m quite certain that we will never see the like of him again. Perhaps the last word should go to his Ph.D. supervisor, Dr. (later Professor) R.E. Hutton, who gave Martin (aged 28) a book, in which he inscribed the words: ‘For Martin Crossley Evans, who has, in my eyes, raised the old phrase “a scholar and a gentleman” above the level of a platitude.’ After all, it’s a phrase that seems to describe him perfectly.