The first meeting back for Jerusalem after the summer break was a themed white table evening. The evening was held in support of the British Legion. 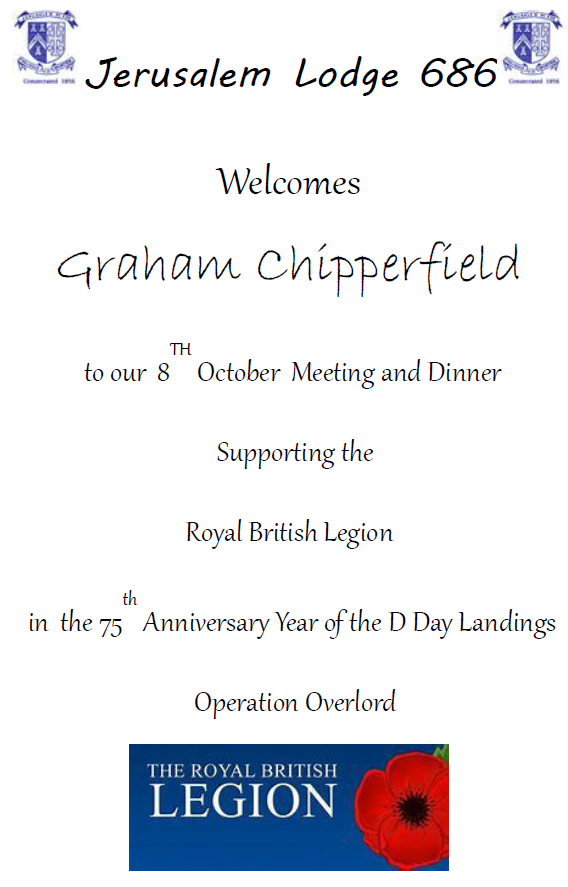 Graham Chipperfield gave a presentation on his forthcoming trek of the Normandy Landing Beaches to commemorate the 75th anniversary of Operation Overlord. His trek would be a fundraiser for the British Legion. The Lodge was opened, Lodge business dealt with and closed. The members, partners and non-masonic guests were then invited into Lodge Room 1 where Graham gave his presentation. To aid the presentation informative leaflets were handing out with details of all the Landing Beaches. This brought home the scale of the operation, which commenced on June 6th, 1944, under a veil of secrecy in order to keep the Germans guessing where the invasion might take place. This was a planned operation on a massive scale including some 175,000 troops, 4500 ships and 4000 aircraft.

After the presentation we all descended to the bar and then dined in Dinning Room 1. Freddy produced a first-class meal that was enjoyed by all. During the evening the raffle and ‘heads and tails’ game raised £300 for Graham’s appeal, with a number of Guests offering Graham further personal donations to him for his trek.

The event was a great success, not only an enjoyable social gate together and a worthwhile charitable event but it also raised an interest in Masonry from a number of the Guests, leading to at least one request to join our Lodge.

Our thanks to Graham and we wish him success in his formidable trek next year. 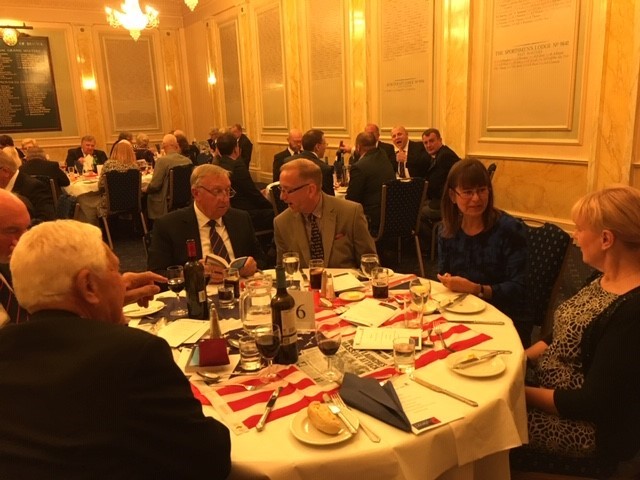 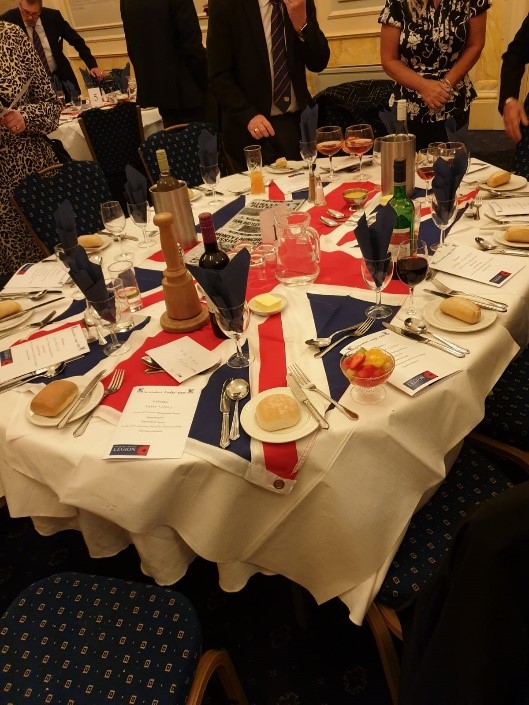