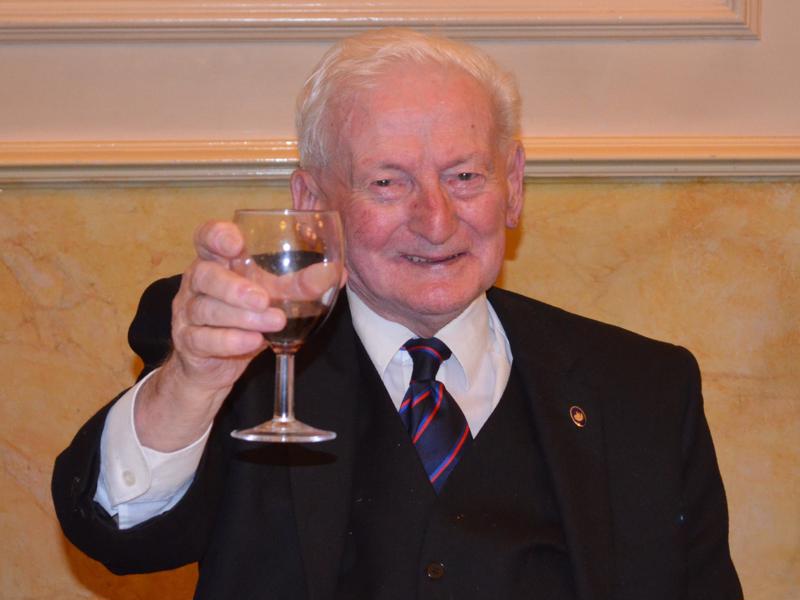 After an excellent second degree ceremony. The PGM for Bristol R.W.Bro.Jonathan Mark Walker Davis presented to The PDPGM OF Bristol V.W.Bro.Roy Howes a certificate along with label pin to mark 60yrs being a mason.

The PGM stated that V.W.Bro.Roy had made a significant contribution To the Province of Bristol.

The W/M W.Bro.John Geater JP Then gave the following tribute :-
"V.W.Bro.Roy it is an honour for me to be Master of Canynges during your Sixtieth year as a member of this lodge. You were initiated on the 7th December 1959 and raised as a Master Mason in January 1960.

You progressed through all the offices of the Lodge becoming the Master On 1ST March 1976.

Your library of Masonic experience has been a great asset to this lodge. Indeed at the age of 92yrs you still regularly attend our committee meetings and are always proacted in ensuring we maintain the original Bristol ceremony.

You were instrumental along with other Senior Masters in creating the Lodge Social committee which included ladies. This has been the backbone of the Lodge fund raising for charities for many years.

The Senior Past Master and Chaplain of the lodge W.Bro.Robert Woodman PPrSGW proposed an eloquent toast to V.W.Bro. Royston William Malone Howes PGSwdB. This was followed by a rendering from the Brethren of “HE’S A JOLLY GOOD FELLOW”. 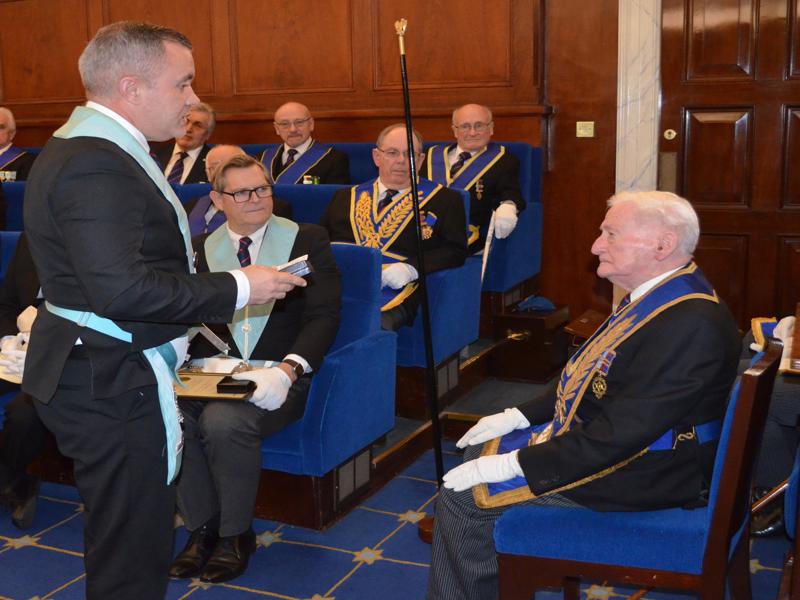