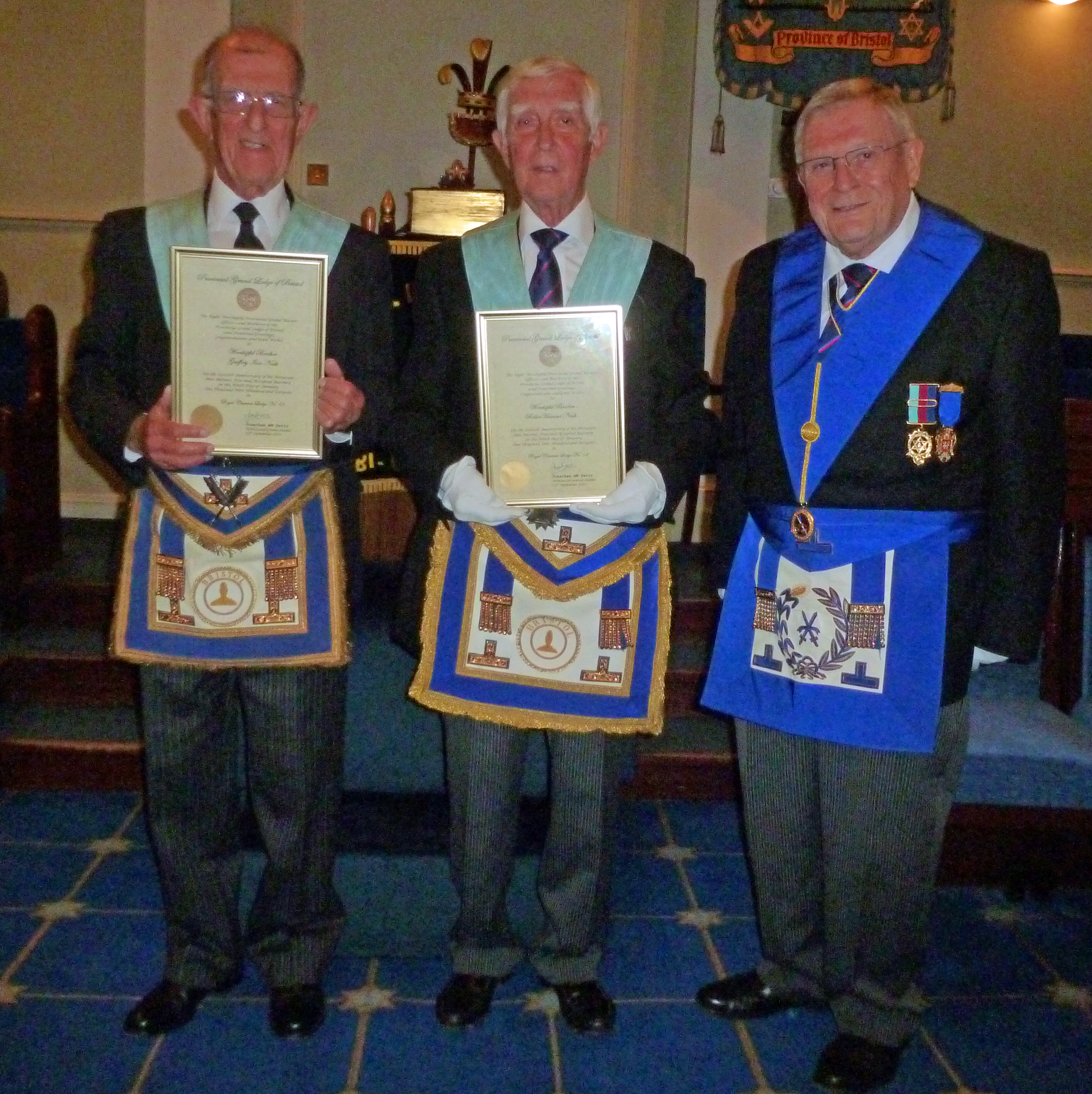 Robin has written a brief of history about themselves.

Now a bit of detail of what makes Geoff and me a bit unusual and not just the 60 years, nearly 61 now.

We were initiated on the same evening in 9th January 1961.

We were and, I suppose still are, Lewis's, Dad being a member.  In fact Charles (Dad) was Junior Deacon that year and so he escorted me. I am senior to Geoff in the Lodge now because I became SW the year he should have done, but he dropped out for a couple of years.

We are both Past Masters of the Lodge,

We were both DC. in fact I followed him

We both have the rank of PPSGW.  I got mine a few years before Geoff.

We are both still in office.  Me Chaplain and him Assistant Secretary.  I am probably more active in the Lodge than he is at this point.

We are also Past First Principles of RCC.

Geoff is involved in lodges in Somerset and also, I think achieved high rank in Mark in Somerset.  I just do not know what he does outside Royal Clarence.  We do not mix much socially having led completely different lives.

I just thought that there cannot be many brothers who have the above sort of record.  Many will be in the same lodge, but initiated at different times.  It is unlikely that they would have held the same offices as PMs